The Oak Openings in My Backyard: One Landowner’s Restoration Story

To the untrained eye, Jon’s Cross’s property in Northwest Ohio looks like many other wooded areas nearby. There are a lot of trees, birds and bugs. 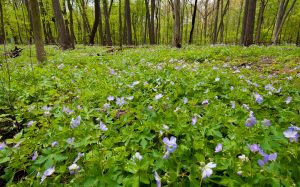 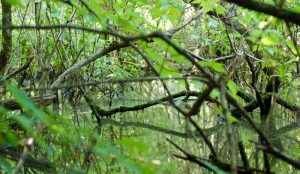 The difference? Property management. While the woods are beautiful in their own right, if left untended, invasive trees and plants can choke out native species. The result is property that doesn’t reach its full potential for landowners, plants or wildlife.

Cross isn’t a scientist or a trained conservationist. He’s a regular landowner in the Oak Openings region who was inspired to make a difference.

“When we originally moved out to the country, we wanted wooded property,” said Cross. “I knew that we’d be living near the Oak Openings Metropark, but I had no idea that we lived in the Oak Openings Region – or that the region is considered one of the last 100 Great Places on Earth by The Nature Conservancy. 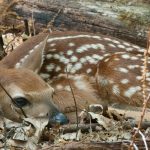 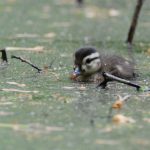 “Once I realized we lived within the globally rare habitat, then it was full steam ahead to do what I could do to preserve our little section of it. You could say it was a calling. I just felt a sense of duty to be a land steward and restore something that was once glorious, but became overrun because of both human intervention (European settlers who developed the land) and lack of human intervention (to preserve it).”

While taking on a task like this may seem overwhelming, Cross realized he needed to start small to accommodate both the needs of his active family and to learn what needed to be done. He started by planting native seeds in a few spots around the house. Then, he moved on to more aggressive steps.

“I cut down all of the maple saplings and as many of the large maple trees that I could,” said Cross. “They were choking out all plants down below that typically would have grown beneath the native oak trees. Once the saplings were removed and light allowed to come down beneath the canopy of taller trees, plants that had been there all along started to grow.”

Cross’ restoration project took off from there to dismay of rest of his family who bombarded him, “What are you doing to our property?” “You’re cutting down all of our trees!” “We’re going to lose all of our privacy!”

He stuck to his guns and little by little, he continued his quest. He learned about eco-restoration using The Nature Conservancy’s book, Living in the Oak Openings, A Homeowner’s Guide to one of the World’s Last Great Places, and studied the Toledo Metroparks’ efforts to restore and preserve its oak openings region properties. 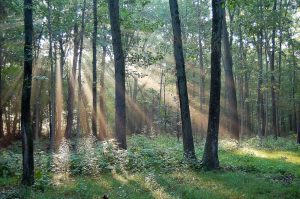 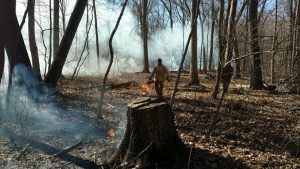 In addition to cutting the maple saplings, Cross took the radical step of using controlled burns to get rid of invasive species. Seeing the blackened earth across the entire property didn’t always sit well with his family, but he persisted, and soon native plants started coming back on their own.

“Controlled burns aren’t for the faint of heart, but they’re critical,” said Cross. “Virtually everything is impacted, but not always negatively. The things that shouldn’t be here – like maples and invasive plants – burn, but don’t grow back. The trees that are supposed to be here such as oaks, black cherry, sassafras, black tupelo, witch hazel and others with thicker bark are not affected. Native species can generally withstand fire because they have deep roots.”

Cutting down trees and controlled burns are just one aspect of Cross’ five-step approach to land restoration on his property.

“I seeded only up around the house or where things might not grow back naturally on their own like our leech field,” said Cross. “Most of what we have coming back are things that have been stimulated because of the whole process.”

Cross’ eight-acres now support two distinct plant communities, and has become home to very rare native Oak Openings species. While he has seen many more common native plants return, two orchid species stand out as the rarest of the rare: the Yellow Lady Slipper Orchid and the Large Whorled Pogonia. 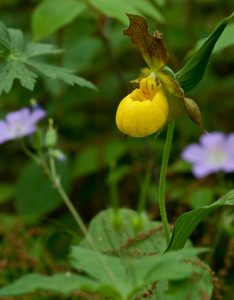 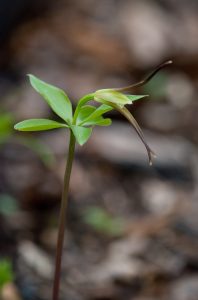 “I recognized the Yellow Lady Slipper, but wasn’t sure about the Large Whorled Pogonia at first,” said Cross. “I found them while I was on invasive patrol around the property. I took some photos and studied some of my reference guides. I was able to identify them and realized that they were special. I showed the pictures to some other Oak Openings experts who confirmed what I’d found.

“At the time I found the Yellow Lady Slipper, it was one of 14 or 15 plants of its kind ever documented in the Oak Openings. I was excited to think that my property could be home to something so special.

“When I found the Large Whorled Pogonia, I felt like all of my work had really made a difference. We counted 97 plants the first year and it more than doubled the following year. It’s the only patch that’s been documented in the Oak Openings and one of only a few ever found.”

Today, a wide range of native plants flourish on the property, with new species appearing each year. In addition, a variety of wildlife are now residents rather than occasional visitors. 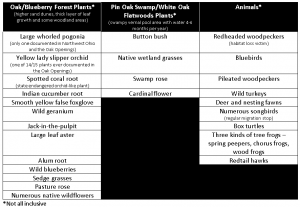 “I started this project around 2002/2003,” said Cross. “We began to see some immediate results, but it’s taken about 15 years to see some of the rarest plants come back. I took some time off along the way, but the thing that kept me going and continues to draw me in is the constant results. My neighbors have noticed, too. I’ve already started working with them to restore their five-acre plots in the Oak Openings.

“I realize that my property project isn’t typical,” said Cross. “What I know for sure, though, is that anyone who lives in the Oak Openings can do something to help preserve this rare habitat. People travel all over the world to see the majesty of nature, but we have some right in our own back yard. I think that’s pretty amazing and if I can do something to help, I’m glad to do it.” 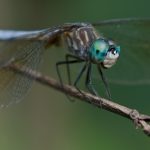 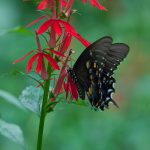 How You Can Get Involved

Interested in becoming an official property within the Oak Openings? The first step is to register your property with the Oak Openings Green Ribbon Initiative Landowner Registry. Whether you choose to undertake a full-scale project like Cross or simply want to become more aware of what’s in your own backyard, there are many free local resources that can help.  Learn more about the Landowner Registry here.